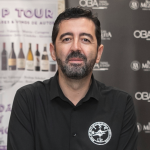 You must need to login..!

Mr. Bean goes to a department store and buys various items. After, he celebrates his birthday at a fancy restaurant where he tries to dispose his awful-tasting meal. Finally, Bean goes to a Royal greeting and gets into mischief.

Welcome to the Official Mr Bean channel. The first episode of the original Mr Bean series starring Rowan Atkinson was first broadcast on 1st January 1990. Since then Mr Bean has become known all over the world. Created by Rowan Atkinson, Richard Curtis and Robin Driscoll, there were only 14 episode of the live action series ever made.

Mr. Bean at a Restaurant

Mr. Bean doesn’t speak French, but he is going to eat at a French restaurant. He doesn’t know what the food is…..and he’s in trouble. While watching, if this were you, and you were in an English speaking country, what could you say to u